The St George Illawarra Dragons almost completed an impressive comeback against the Sydney Roosters in the annual Anzac Day match, clawing their way back from a 14 point deficit at half time.

Despite the last-minute try to the Roosters spoiling their hopes of a fifth straight victory, both of the Dragons' tries will be featured on highlight reels for months to come. Now it's up to you to choose which was your favourite play of the week.

Option A. After being held scoreless for the opening half of the match, the Dragons came into the final period with a point to prove and their eyes set of crossing the white stripe.

Twenty metres out from the Roosters line, Ben Hunt showed his class by throwing a stunning cutout ball to Euan Aitken who drew in the last defender before offloading to Zac Lomax. With plenty of space down the sideline, Lomax planted the ball in the corner for the Dragons' first points of the match.

Option B. Only a few minutes later, Dragons live-wire Matt Dufty pulled off what could well be the try of the season. Zigging and zagging his way through the Roosters defence from inside his own half, the speedy fullback bamboozled high profile players in a scintillating solo effort which put the Dragons back into the match.

Vote for your favourite below! 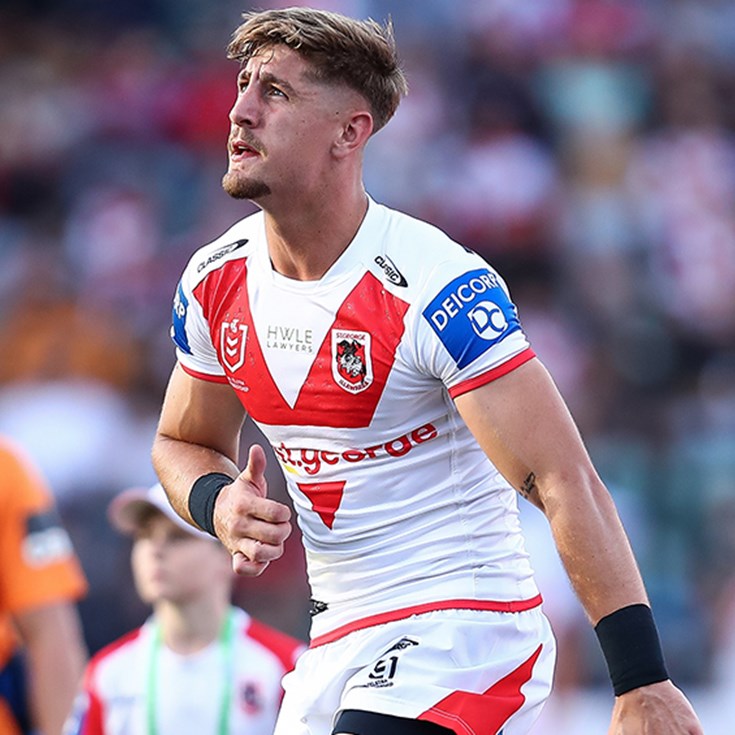