Dragons captain Sam Bremner is tipping a big future for 18-year-old rising star Keeley Davis after a livewire display in the 30-4 NRL Holden Women's Premiership loss to the Brisbane Broncos.

Davis was named to start at five-eighth but came off the bench after a reshuffle where she saw plenty of game time due to a shoulder injury to starting half Raecene McGregor.

Bremner was proud of her side's performance despite the losing margin and it was Davis's creativity and spark that had her enthused about improved displays for the rest of the competition, starting with the Warriors on Saturday at ANZ Stadium.

"Keeley went out there and was tearing them apart which was really awesome to see. We were flat in areas and she put the spark back in us and she is the youngest girl in this whole competition," Bremner said.

"She is 18 years old and she can do that to a team like the Broncos where some of them have been playing for 12 to 15 years.

"If someone like that can go out there and tear them apart I will be taking a lot of confidence out of that and I will put that confidence back into her because she is an amazing player and I can't wait to see what she has to offer."

The Broncos' dominance was powered by their strong bench with Cook Island-born prop Ngatokotoru Arakua running for 150m, scoring a try and stamping her authority as a player to watch for the rest of the competition.

"She made a big impact coming on in that game and she did last week [in the trial win over PNG] and made a break straight away and we are really building off that," she said of the Kiwi Fern representative.

"That is what we really want from our benchies, coming on and making an impact."

The Broncos are strong across the park with fullback Chelsea Baker, who scored a double against the Dragons, also providing plenty of direction defensively.

"Chelsea has been playing great and the more confidence she has the better she is," Brigginshaw said.

"Last week she got some confidence [in the trial win over PNG] so I think she is only going to build on that, just the way she is running the ball but also in defence she is directing us around. That is why the defensive line is so strong, because of her talk out the back."

The Broncos, who will play the rest of their games away, will aim to maintain their form against the Roosters at Allianz Stadium on Friday night. 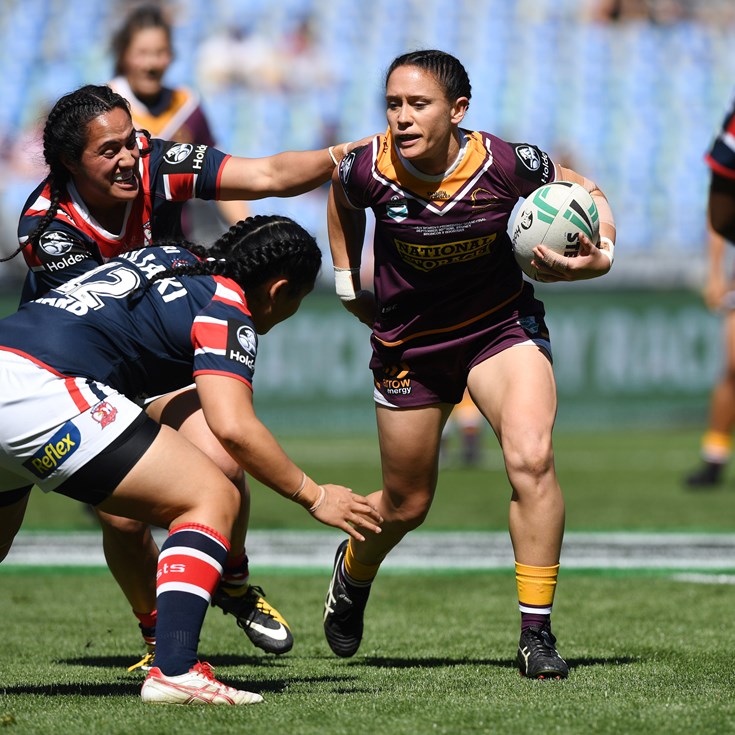 Self pressure and personal demons: Why Breayley opted for Dragons