St George Illawarra young gun Zac Lomax has extended his stay with the Dragons for a further season.

Although not off-contract until the completion of the 2019 NRL Telstra Premiership season, Lomax will now be at the club until at least the end of 2020.

The 18-year-old made his NRL debut back in Round 10 against the South Sydney Rabbitohs. A long-term hand injury has prevented him from featuring in first grade since.

The Temora Dragons junior is a two-time Australian Schoolboy and an Under-18s New South Wales Origin player. In 2017, Lomax was awarded NSWRL's Player of the Year for his age group.

"It's definitely a good decision I've made to extend my stay at the Dragons. My family and I are very happy to stay at the club. To come through the junior reps to now with the first grade squad, I can't thank the Dragons enough," Lomax said.

"The goal for me is to earn a spot in the first grade side and hopefully I'll play a few more before the season is out. It was a dream come true making my NRL debut so I'm looking forward to what's ahead."

Dragons Director of Rugby League Pathways and List Management Ian Millward didn't shy away from Lomax's budding prospects in the years to come.

"Zac is one of the most promising players to come through our ranks in many years. He's a player we look at building this team around in the long-term because we think he has all the attributes to be an outstanding NRL player," Millward said.

"We do look at him as a long-term centre and we don't hide that fact at all. Although this is just an extension to 2020, we look at Zac as if he'll be a 10-year player for the Dragons and challenge for higher representatives.

"We're confident his potential will turn into a reality."

Lomax joins the likes of Cameron McInnes, Matt Dufty, Luciano Leilua, Joe Lovodua and Josh Kerr to extend their stay at the Dragons this season.

They will be joined by Brisbane Broncos prop Korbin Sims who signed a three-year deal with the Dragons in July. 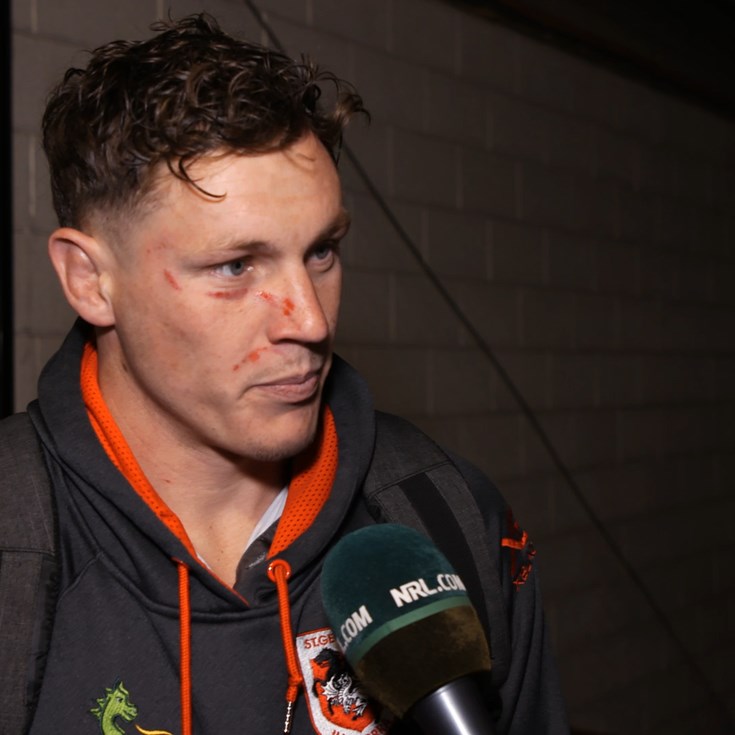 Kurt is the Mann

De Belin: You're going to see the best of me

Dufty not vexed by outside panic