The local Renown United junior's illustrious career has spanned 12 seasons, and has included 265 NRL games to date, 33 Tests for New Zealand, the 2012 NRL All Stars as well as the Dragons' 2011 World Club Challenge win.

He is also the last remaining player from the Dragons' 2010 grand final victory over the Sydney Roosters – where he scored two second half tries.

Nightingale's longevity at the Dragons and in the NRL will also see him challenge for equal billing as the most-capped Dragon, Steeler or St George Illawarra player ever in the coming weeks, alongside fellow club legend Ben Hornby (273 games).

Nightingale was just 15 years old when he first donned the Dragons jumper, playing in the Harold Matthews and SG Ball competitions in 2002-04.

The man affectionately known as 'Gypsy' made his NRL debut in Round 8, 2007 against the Penrith Panthers at Jubilee Oval, Kogarah.

Scoring a try in the 28-16 win, the 31-year-old has since added a further 109 tries to his NRL career tally; equal-sixth most tries in the history of the Dragons, Steelers and St George Illawarra.

"It's a very proud and solemn day for me to be announcing the end of the career. I am extremely grateful for everything that the Dragons and the game has done for myself, and what I've been able to achieve," Nightingale said.

"There are so many people to thank for what's been a special journey. From Renown United through to the junior reps to now, through the highs and lows and great successes I've had, I'm just so thankful for this incredible journey.

Nightingale has remarkably won every single accolade awarded at the Dragons' end-of-year presentation.

Nightingale also won the Mark Coyne Trophy for career development in 2014, which has been reflected in his establishment of the Elite Athlete Business School.

"There have been so many great seasons personally. To be recognised for so many different reasons that are celebrated at the Dragons, they all still sit on my mantelpiece very nicely," Nightingale said.

"The 2010 grand final win was the highlight for me and my family. There are so many fond memories from that day and the season as a whole. Although now is great time to reflect, there are still plenty of memories to be made this season yet.

"However I'm also look forward to more family time with my second child on the way. My wife Bianka has sacrificed a lot for my career. She's been selfless by supporting me throughout my career, while also building one of her own.

"It'll be good to rearrange my priorities now and put her career first as well as continue to build the Elite Athlete Business School and help fulfil its potential alongside my business partner and the EABS family."

"Jason has always represented himself, his family and the Dragons with distinction and has always been committed to supporting the club's visions both off and on the field," Doust said.

"He is an outstanding role model who typifies the club's values and we have been privileged that he has remained loyal to the Dragons for so long. He signed eight contracts to remain at the Dragons.

"We are a development club who have always invested and provided opportunities for players in the local area and he epitomises everything we stand for. We couldn't be prouder of what Jason has achieved throughout his career."

"It's hard to beat a person who never gives up and Gyspy typifies that. He's very tough and very committed. If you look at his career, what he's done season after season is quite incredible," McGregor said.

"He's been fortunate enough along the way to avoid too many injuries and has represented his country with pride every time he's donned the Kiwis jumper.

"I've known Jason for a very long time so I feel very privileged to have had the honour as a head coach to watch this young man develop into a father, a husband and one of the best clubmen we've had over a long period of time." 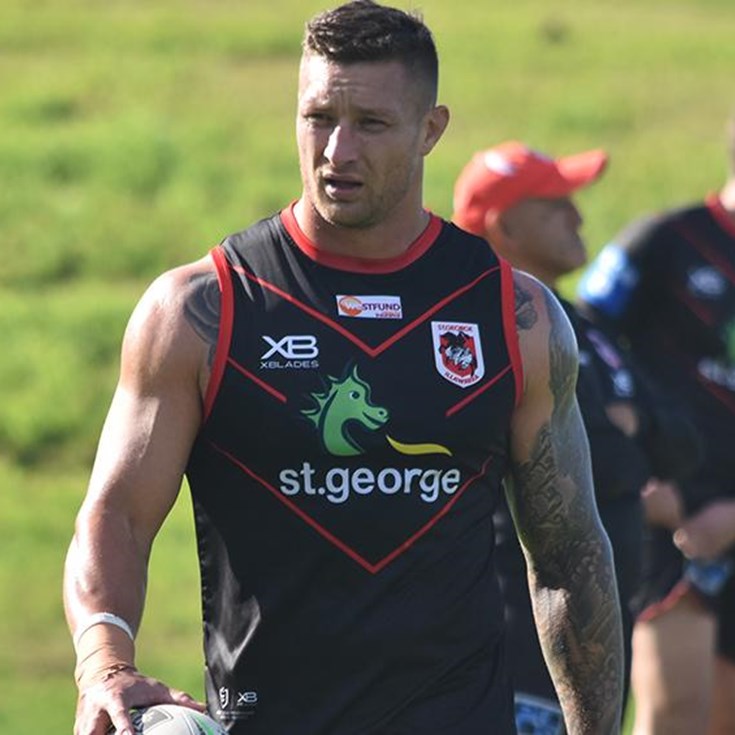 Aitken keen to improve despite his strong form

Get involved with junior league