The St George Illawarra Dragons are delighted to announce a further four marquee signings ahead of the inaugural 2018 NRL Holden Women's Premiership.

Furthermore, the Dragons have also signed former Australian rugby union representative and Samoan international Oneata Schwalger, on the opening day of the free agency period which will run until Saturday, June 30.

The signing of Corrimal Cougars outside back Rikeya Horne is further reflection of the genuine pathway now in place for women at the Dragons.

The 18-year-old made her international debut for the Jillaroos at February's Commonwealth Championships Nines tournament, and played a crucial role in Australia's grand final victory over Samoa.

"Rikeya has the honour of being the first player to come through our Dragons women's pathway which proves it legitimacy for other inspiring young female rugby league players," Dragons coach Daniel Lacey said.

"She started in the Illawarra Steelers' Tarsha Gale Cup side and has since played for Country New South Wales and the Jillaroos' Nines team.

"That's exactly what elevated her into becoming a marquee player and among Australia's top 40 women's players."

Winger Hireme and utility back McGregor took part in the Kiwi Ferns' 2017 Rugby League World Cup campaign, where they qualified for the tournament final.

A mainstay for the Kiwi Ferns for the past decade, Hireme was the Player of the Tournament at the 2013 Rugby League World Cup and followed it up last year when she finished as the World Cup's leading try scorer (13 tries).

McGregor – who scored four tries playing at fullback and five-eighth at the last Women's World Cup – has also represented Australia in soccer and rugby sevens.

The talent possessed by the Sydney-based star was enough for the Kiwi Ferns to overlook New Zealand superstar Georgia Hale for last year's World Cup final.

"We are very lucky to have someone of Honey's experience, reputation and skill," Lacey said. "We are looking forward to her positive impact and influence both on and off the field for our younger local players.

"To have someone at the club who has played on the biggest stage numerous times like she has will be great for our squad."

On McGregor, Lacey added: "Even though she qualifies for the Kiwi Ferns through her birth parents, Raecene plays in the Sydney competition at Cabramatta. It's beneficial for the Dragons to sign her as she's experienced for her age.

"She played in the halves in World Cup final and some of the connections she made with Honey throughout the tournament will only benefit the Dragons."

Utility back Sergis shot to prominence when she scored a hat-trick in New South Wales' interstate challenge win over Queensland at WIN Stadium, Wollongong last year.

Her show-stealing performance for the Blues helped her secure an Australia debut in a one-off Test against Papua New Guinea late last year.

Although she missed out on selection for the Jillaroos' World Cup campaign, if her first 18 months of rugby league is anything to go by then Sergis is certainly a star on the rise.

"A new era of women's players is coming through and Jessica is one of those who are on track for bigger and better things," Lacey said.

"Her versatility will be a real benefit for us. She can play multiple positions in the backline which is important."

While Schwalger wasn't a part of the NRL's 40-woman elite squad, she was identified by Lacey and recruitment manager Richard Age at the recent National Championships.

A 2014 Women's Rugby World Cup representative, the Victorian-based front-rower Schwalger made headlines during the tournament for her aggressive style of play.

Schwalger's performance for the Combined Affiliated States at the National Championships reaffirms the benefits of the free agency period now before the inaugural NRL Holden Women's Premiership.

"Oneata doesn't have an off button. I'm unsure she knows how to change gears. It's all or nothing with her," Lacey said.

"We saw her efforts at the National Championships and she showed traits of given her all for the team which is exactly what we want.

"She has played at the highest level in rugby union and this experience combined with her energy and enthusiasm will pay huge dividends for the squad. Oneata will give her all for the Dragons. She's shown that ever since we expressed interest in her."

The Dragons are expected to fill their 22-woman inaugural NRL Women's Premiership squad by no later than June 30, with Lacey assuring the bulk of remaining spots will be filled by local players.

"As a development club – with over 14,000 females playing tackle, touch and tag across our region – it has always been our intention to ensure we have a strong local presence within our squad," Lacey said.

"We are now looking at a number of additional local players to fill the bulk of our remaining spots on our roster. It is important for our local girls to know that there is a genuine pathway to the NRL here at the Dragons." 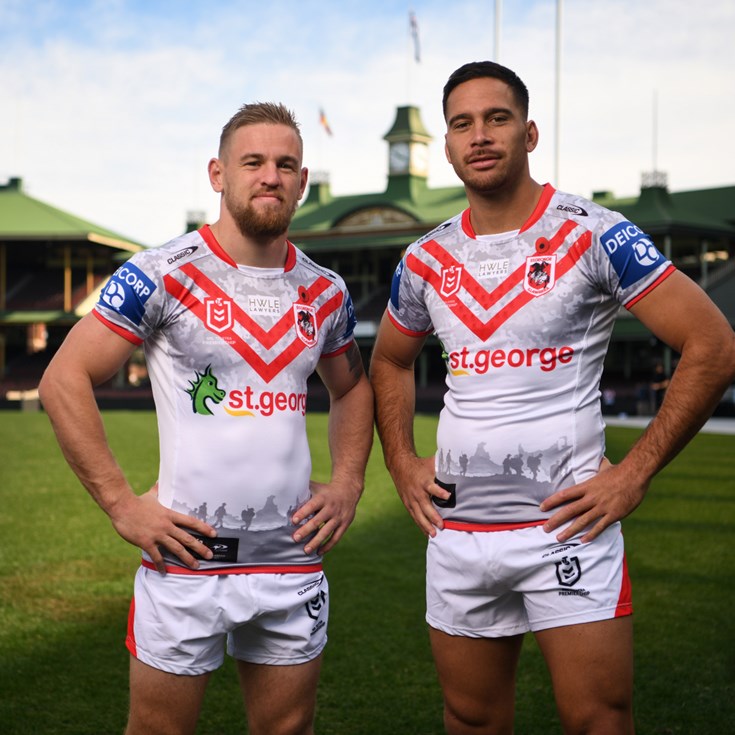 Presented By Sportsbet 17 hours ago