The dynamic halves-pairing of Darren Nicholls and Jai Field has engineered a relentless second-half blitz from the Dragons as they recorded a commanding 28-10 victory over the North Sydney Bears on Saturday afternoon.

Back-to-back tries in the first-half saw the Dragons take a comfortable 10-nil lead after half-an-hour, but a try to Dean Britt in the dying stages kept the Bears well and truly in the contest with just a converted try the difference.

But three tries within a dominant nine-minute period, including two stunning four-pointers from Field, helped seal their second unanswered victory in convincing style.

Patrick Herbert put in a starring man of the match performance after an early try set the tone for the away side, before he set up an incredible try for Field in the second-half to ice an impressive individual performance.

The Dragons threatened early with some well-executed backline movements opening up some space down the left-hand touchline, but they were unable to capitalise on their chances with some costly handling errors.

But while a majority of the opening 15 minutes was played through the middle-third, it was the Dragons who drew first blood after a determined effort from Herbert close to the line helped claim first points of the afternoon.

They extended their lead when a towering Darren Nicholls bomb was fumbled by Bears fullback Jesse Arthurs, with Reuben Garrick picking up the scraps to cross in the left-hand corner.

Nicholls was unable to convert at the Dragons took a 10-0 lead after 30 minutes.

Momentum swung when a rampaging Zane Musgrove made a break through the middle-third to give his side valuable field position, and although they were unable to take advantage just a few tackles later, they eventually found their way when Dean Britt pounced on a deft kick from Billy Brittain for a crucial try just before half-time.

Dean Hawkins couldn't convert just to the left of the uprights as the Dragons held onto a slender 10-4 advantage at the break.

After a host of chances went begging just after the break for the Dragons, Nicholls took it upon himself to spark his side with a spirited individual effort from just 10 metres out which saw the dynamic halfback brush off three clutching Bears defenders on his way to the try-line.

Brimming with confidence, Jai Field bolstered their lead when he latched onto a pin-point chip kick from Herbert after the livewire fullback broke through some flimsy Bears defence off the ensuing set for a scintillating four-pointer.

Nicholls converted to take a comfortable 22-4 lead with just over 20 minutes remaining.

Field looked threatening with the ball-in-hand after he inspired a Garrick break with some nifty footwork helping him get on the outside of the opposition defenders, but a desperate Hawkins saved the Bears after he intercepted a Garrick offload.

Just moments later, the floodgates opened after Reece Robson took advantage of a quick play-the-ball with a darting run, before a late offload for Field saw the five-eighth show incredible pace to burn Arthurs for his second unanswered try.

A Connor Tracey try in the final ten minutes salvaged some pride for the Bears after a disappointing performance, as the Dragons ran away with an 18-point victory and two much-needed competition points. 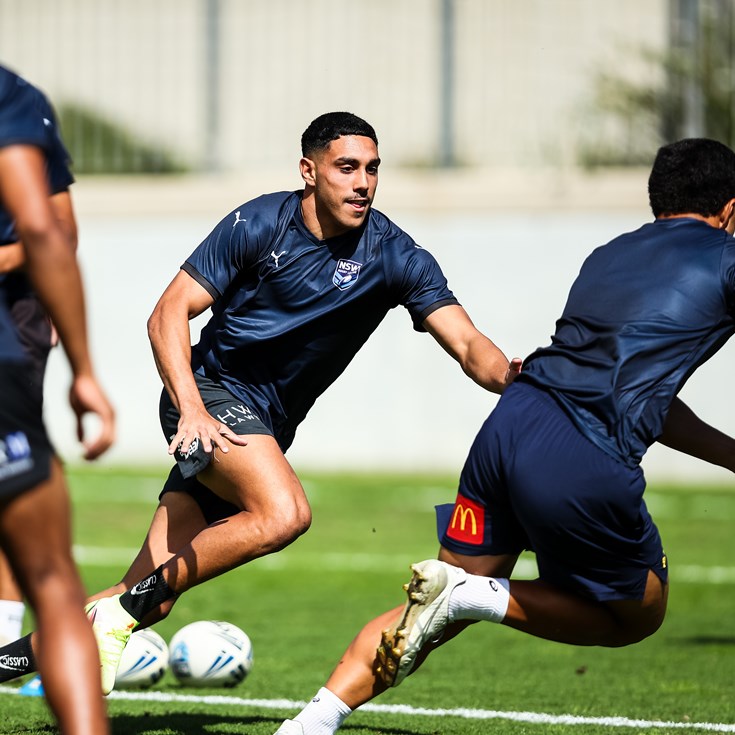 Dragons fire past Norths in ISP