With two internationals joining the St George Illawarra Dragons, lock Jack De Belin says a top-eight finish is a must in 2018.

The Dragons were on top of the ladder at the end of round seven last season after blowing several teams off the park, but they faded away after an untimely injury to skipper Gareth Widdop was compounded by teams working out a way to combat the Red V's powerful up-the-middle running game.

De Belin said St George Illawarra's attempts to revive their power-packed forward game next season would get a massive boost with the acquisition of England international James Graham.

"He's a great signing. You see what he's done for the Bulldogs, he's been part of a winning culture, he was the captain there and took them to a couple of grand finals," De Belin said.

"He brings a lot of those one-percenters. Every time you watch him play, if someone makes a break or a tackle needs to be made you can count on James Graham to turn up and be there.

"I think he'll be good for us younger boys – even though I'm not really that young anymore! – but a lot of the younger boys coming through now, having an older head like that will be really good.

"If you look on paper it's a really talented forward pack. We all play pretty well together and that was definitely one of the strong points we had this year."

Ben Hunt will also add plenty to the squad, according to De Belin, and should form a potent scrum-base partnership with captain Gareth Widdop.

"It will be awesome having a specialist half to help steer the ship and let Gaz take a bit of a step back and he can play off the cuff a little bit," De Belin said.

"There's a lot of pressure there on Gaz as the dominant half. Ben Hunt has had a lot of experience, he's played for his state, played for his country and hopefully brings a lot to us."

"It will be great. The thing that I'm looking forward to is he looks like such a competitor and a football player," McInnes said.

"He obviously played hooker at the back end of the year for the Broncos and was outstanding and when he played in the halves he plays tough and he takes the line on. I'm really looking forward to playing with him and learning some things off him because he's obviously one of the game's elite. "

The Dragons' meek exit from the finals race will motivate them to leave nothing in the tank next season.

Their final-round loss to a Canterbury-Bankstown team already out of playoff contention was the final nail in the coffin of their 2017 season, denying them what would have been a seventh-place ladder finish, relegating them to ninth.

"I was heartbroken to be honest with you, it was pretty crushing. We had so much to play for. The Bulldogs pretty much had their clothes ready for Mad Monday.

"We were ready to go on a finals run and I guess we didn't place enough importance on that in the moment.

"At the end of the day that's on us, we had so much more to play for."

The fact the Dragons finished the season with the league's third-best for-and-against showed both their attack and defence remained consistent through the season, with a few too many close losses among their big wins proving costly in the end.

"At the start of the year we strung some wins together and it becomes a habit. When we were winning, every game we went into it felt like we were going to win," he said.

"Then we had a couple of close losses to the Roosters [in Round 8 and Sharks in Round 10] and the losing became a culture and it's hard to get out of that rut. We'd have a win here or a loss there... we didn't really have that consistency toward the back end [of the season]. We set ourselves up for the year perfectly so to not make the finals is extremely disappointing." 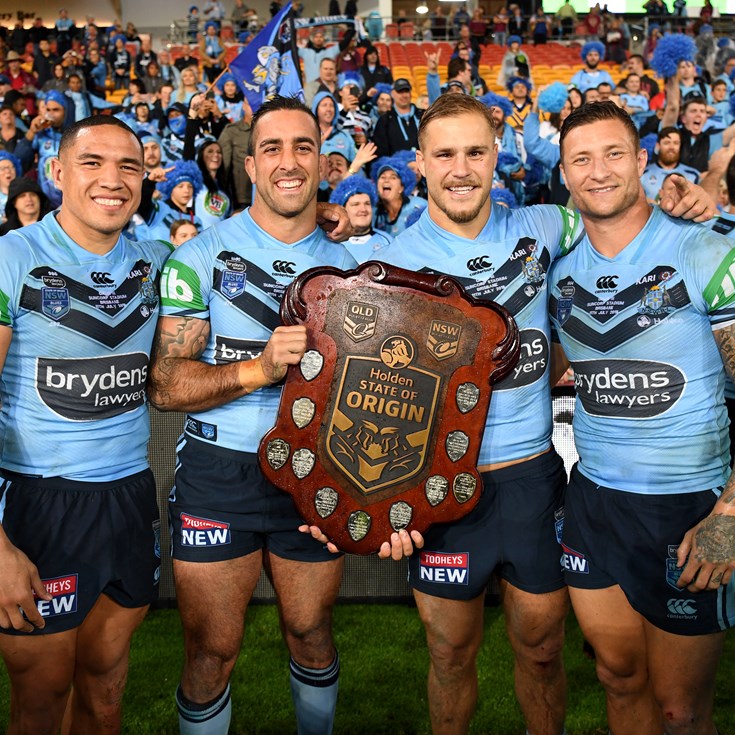