A regular for the New South Wales and Australia teams since the beginning of her rugby league career, Studdon joined the Dragons from the Sydney Roosters in 2019. Studdon started playing rugby league when she was four and remained until the cut-off age. She played touch football until she was old enough to feature in the Illawarra women's competition where she played for Helensburgh. While her representative honours speak for themselves in rugby league, Studdon continued to busily carve out a nice touch football resume where she's also represented her state and country for numerous years. She also won the inaugural NRL Women's Touch Premiership with the Wests Tigers in 2018. Studdon works for the Transdev Sydney Ferries and is said to be "grateful to be a part of the Dragons once again" after earning MVP honours at the Perth Nines in February following the Red V's victory. 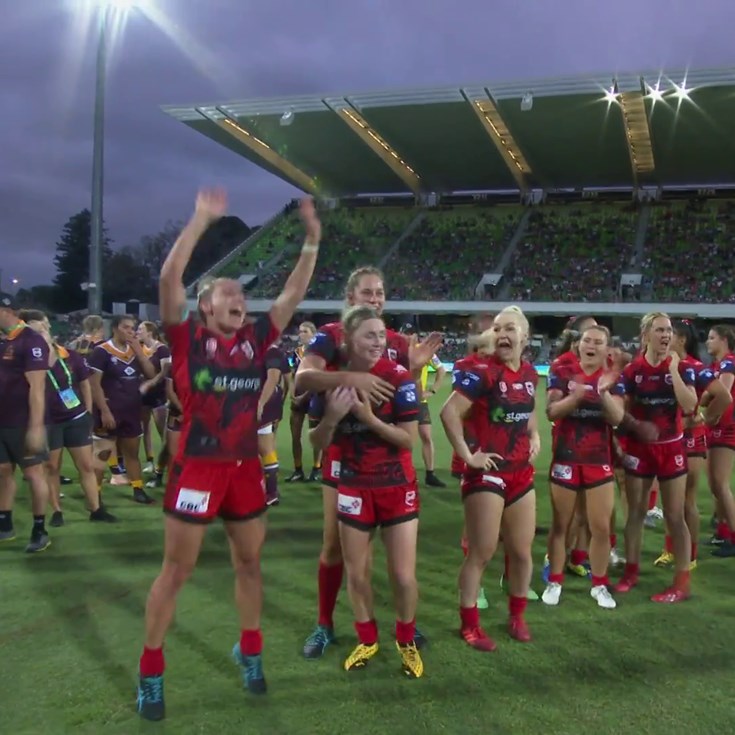 Studdon claims player of the tournament at NRL Nines

'For koo': How grief is driving Studdon to glory