The inaugural Dally M Female Player of the Year (2016) is a Dragons community officer down in the south coast of New South Wales, having relocated to her hometown of Bega at the end of 2019. Apps captained the Dragons to their first ever NRL Women's Premiership grand final in 2019 where the Red V were unfortunately downed by the Brisbane Broncos. Payback came in the form of co-captaining the Dragons' inaugural NRL Women's Nines tournament victory in February, 2020. Apps has played a crucial role in the Dragons women's efforts throughout its short history including her contribution towards the Dragons securing a Women's Premiership license as a current Blue and Jillaroo in 2018 and also as an inaugural member of the Dragons' Women's Premiership squad. In 2019, she was named captain of the New South Wales Women's Origin team. Apps grew up on a dairy farm in Bega and travelled to play for Helensburgh upon returning to the game in 2014 – she had to give up playing as a junior as she was unable to play against males. She describes playing and working for the Dragons as a "dream come true". 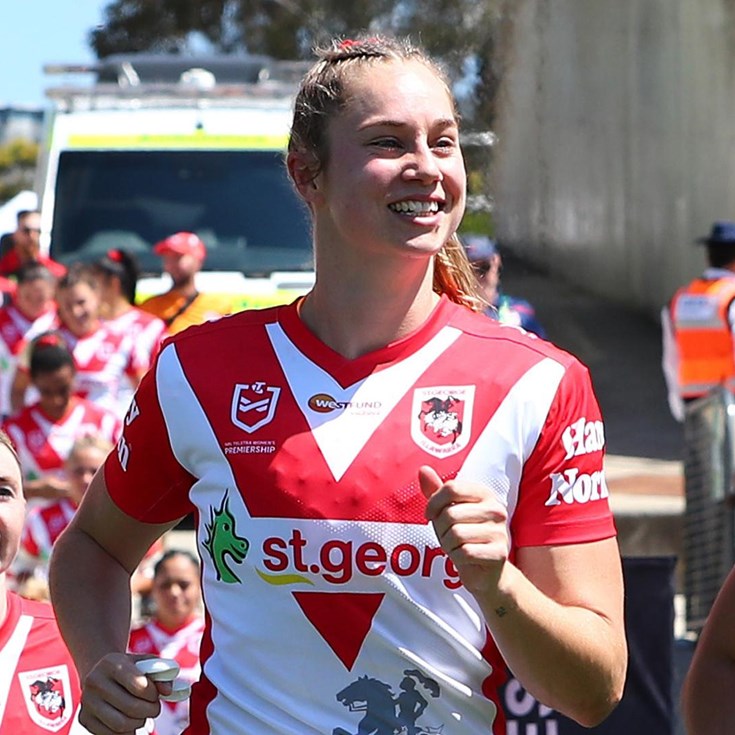 Blues 'shattered' but in awe of Apps, Kelly

Apps wins the race for four