St George Illawarra Dragons prop Paul Vaughan joined the Dragons ahead of the 2017 season. In his first year, Vaughan was the recipient of the Red V Members Player of the Year and Geoff Selby Memorial Trophy.

The Gungahlin Bulls junior was previously contracted to the Canberra Raiders.

Vaughan represented the Italy Azzuri at the last two Rugby League World Cups as well as the Country Origin side (2014-17).

Vaughan made his State of Origin debut in 2018, and played all three games in his maiden series. He would back up with another three Origins in 2019 in New South Wales' second-straight series win.

Aptly, Vaughan made his Australia Test debut at WIN Stadium, Wollongong against New Zealand towards the end of 2019.

Vaughan initially agreed to terms on a three-year contract upon joining the Dragons but has since extended his stay further. He'll remain at the Red V until at least the end of the 2021 season. Sims suspended, Vaughan right for Round 2 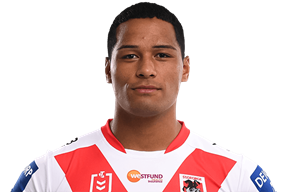 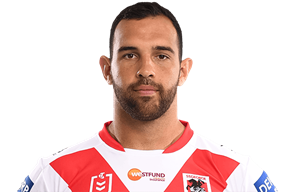