The Dragons have welcomed today's announcement by the New South Wales Government regarding their significant investment in securing world class facilities for NRL fans under a new stadium program.

The program will see new stadia built at Sydney Olympic Park and Moore Park as well as the new Western Sydney stadium at Parramatta which is currently under construction.

"This is a great outcome for Dragons members and fans, and for the game of rugby league in this state," Dragons Chief Executive Officer Peter Doust said.

"Once the construction program is complete our members and partners will have access to a network of world class stadia and facilities in the form of purpose-built rectangular venues that will bring Dragons supporters closer to the action than ever before.

The decision by the NSW Government in regards to Sydney stadia will have no impact on the Dragons' 2018 home game schedule.

"Our Anzac Day home game to be played at Allianz Stadium in April will not be impacted ahead of the venue redevelopment works commencing at the end of the season," Doust confirmed.

"We will then work with the NRL, the SCG Trust and the Roosters on the most appropriate venue to host the Anzac Day games for the period while Allianz Stadium is being rebuilt.

The NSW Government's decision also reaffirms the Dragons' decision to play an additional home game at traditional venues WIN Stadium and Jubilee Oval in 2018, and supports the club's partnership with Mudgee for the next two seasons.

"Now that we have certainty on timelines for stadia redevelopment we can move forward and consider the best venue model for the Dragons in 2019 and beyond," Doust said.

NRL CEO Todd Greenberg said the NRL would now commit to keeping the Telstra Premiership grand final in Sydney for the next 25 years – although one grand final is likely to be staged at the Sydney Cricket Ground while ANZ and Allianz Stadiums are under construction.

The NRL has also signed a new Memorandum of Understanding with the NSW Government pledging to keep the grand final in Sydney as long as the timeline for construction of the new stadia is met.

Read the NRL's release regarding the Sydney stadia announcement here 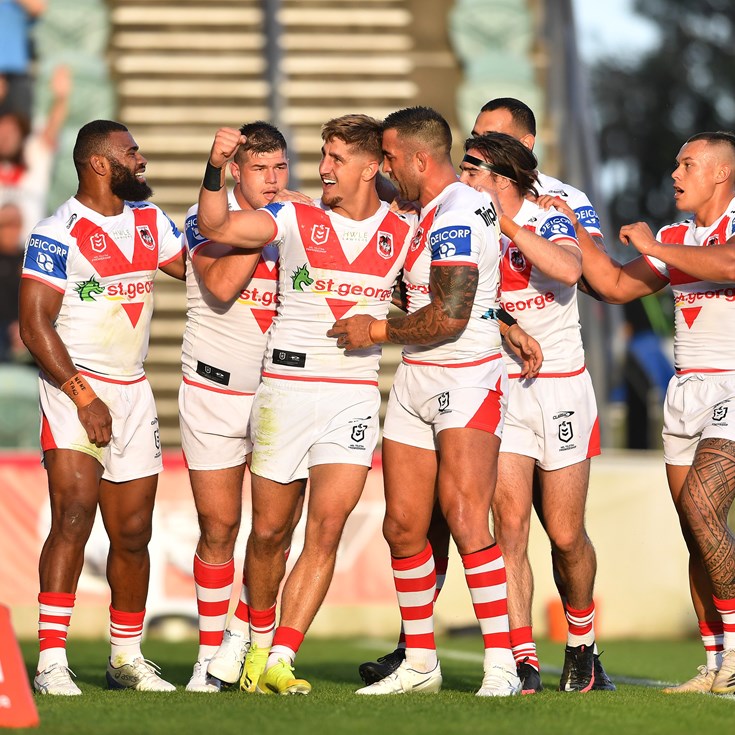